On the 4th of August, a massive explosion occurred in the port area of Beirut, capital of Lebanon, injuring more than 6500 people and affecting the lives of hundreds of thousands. Four months later, a lot has been done but the work is far from finished.

Secretary-General of the Lebanese Red Cross (LRC), Georges Kettaneh, what are the needs of the affected people four months after the explosions?

We are supporting with the minor repairs and providing cash assistance to the families assessed to be in the most vulnerable situation. We continue the lead in the ambulance services and blood transfusions. We are active in primary health care services, providing mental health support, restoring family links and dead body management. We are also responding to the COVID-19 pandemic in many ways.

How was the situation when the explosion happened on the 4th of August?

We had, and still have, an emergency contingency plan to manage unset emergencies. But the Beirut Port explosion was something we had not prepared for or even imagined in our wildest risk assessment exercises. We acknowledge that the humanitarian needs were too big for us to manage completely.

In 2 minutes, the blast caused devastation beyond imagination. People lost their lives, homes, loved ones. When we went to the streets to assess the needs, we found bodies of people laying on the ground.

We started our needs assessment as soon as possible to have the data that helped us to set priorities. Many people left their houses that were destroyed so we could not reach them. Now, they are coming back to us asking to be included. We had to evacuate people affected by COVID-19 and other patients from the destroyed hospitals to the ones that remained functional, either in Beirut or outside the capital.

How is the mental health of the Lebanese Red Cross staff and volunteers?

We Lebanese often like to project a positive image about ourselves pretending that we are doing fine. But in reality, we have been shaken to the bones. Our volunteers and staff need psychological support as all Lebanese people do.

Personally, I went through many challenging situations throughout my 20-year career as a humanitarian. During the war in Lebanon, I evacuated 21 bodies in 1986 in an explosion in Northern Beirut. I was kidnapped many times. I was under fire from snipers several times. All of this affected me for sure. But the Beirut explosion has been by far the most difficult thing to witness.

When the blast took place, people called me on my mobile screaming that they were injured pleading me to evacuate them. We mobilized all the ambulances and volunteers we could, even the retired ones. Some of the ambulances were not able to reach people because the roads were blocked by the rubble. Paramedics were hearing injured screaming under the rubble of their houses but they were not able to reach them.

As a humanitarian, this is your scariest nightmare. This affected me a lot. Some of my acquaintances and friends died. We all need mental health support in this situation, and the Lebanese Red Cross is doing as much as possible to provide it to everyone willing to receive it.

What have you learned from the explosion and the response operation?

The explosions were a force majeure. We were not prepared for such a thing. We didn’t envisage an explosion in the port. We were fully stretched by the COVID-19 as well as in providing first-aid, COVID-19 awareness and responding otherwise to the demonstrations in various parts of the country. No matter how overwhelmed we might be, we should always be prepared for the worse.

Another learning we got when we started to distribute relief item boxes. At first, we had 400 boxes but only 100 people showed up at the collection points. The community members that were affected by the blast, did not come to the street to receive the relief items they urgently needed. Culturally, coming to the public for the aid was hard for them.

We realized we need to adjust our approach to fit the sensitivities of the community. We decided to distribute the relief items from door-to-door even if it meant more work for us. Then, people were very happy to receive the aid as their dignity was intact.

Does the Lebanese Red Cross have enough resources to help the people in need?

We have gotten enough donations to provide cash assistance for 10,000 families. We are providing 300 US dollars per month to the most vulnerable affected families to cover their basic needs. You can read more about the cash assistance on the Lebanese Red Cross website.

The demand would go beyond the 10,000 families but we don’t have resources for more.

We are thankful for all the donations and support we have received from IFRC, ICRC and Partnering National Societies as well as other partners. We have worked together as one in the response to the explosion. From the Lebanese diaspora and companies, we have received more than 20 million USD as they regarded us as a neutral and trusted organization.

What comes to the economic crisis in Lebanon, we don’t have enough for responding to that in long term. For example, we need to provide livelihood support and shelter for the people, including the Syrian refugees.

In this situation, being transparent and accountable is crucial. Therefore, we have hired an international audit company to monitor our performance and to be as transparent as possible.

IFRC, in support of LRC plan, has appealed for 20 million Swiss francs (21.8 million US dollars) to scale up health, shelter and livelihood support over the coming 24 months. Read more on the Lebanon Red Cross website. 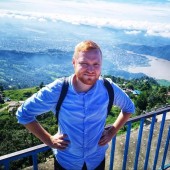 “We want to go back, but everything’s destroyed” – Zgaab from Raqqa